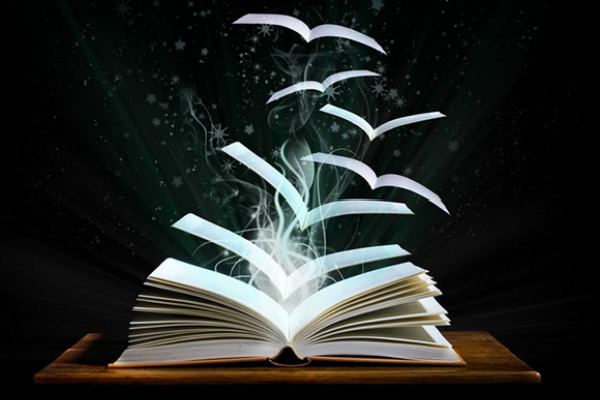 “Did you have a good trip?”

“You’ve been working hard.” “You’ve had a hectic day(or tiring)day.”

“Thank you for all the trouble you’ve taken.”

“I am afraid we’ll have to trouble you again.”

Guests must suit the convenience( or comply with the wishes) of the host.

When in Rome, do as the Romans do.

What will be the scenario today?

Please forgive us if we haven’t looked after you well.

Please forgive us for not having looked after you well.

Please forgive us if there are any oversights on our part.

How do you find life here(in Beijing)?

Have you become accustomed to the life here ?

Have you adjusted yourself to the life here?

It’s our pleasure. It’s our duty.

It’s very(most) kind of you. Thank you for your kind words.(Your compliments).

You are being very considerate. You speak too highly of me. You overrate us.

It’s very kind of you to say so, but it more than we deserve. I am flattered.

Please don’t bother to come to the door with me.

I’ll see myself out.

May I offer you this glass of wine to greet you after your long journey (all the way to China).

You have a point in saying that.

You have a point there.

To put it bluntly.

There is no firm agreement as yet. There is no definitive word as yet.

Our word counts. We mean what we say. What we Chinese say counts.

They keep wrangling without getting anywhere.

They argued back and forth, each trying to shift the responsibility onto the other.

Passing the buck to somebody. (“Buck”是扑克牌游戏中，轮到某牌手做庄时，置于其前面的庄家标志。)

Where should the buck stop?

Undermine each other’s efforts. Each trying to cut ground( or pull the rug) from under the other’s feet.

The sky won’t fall. That won’t be the end of the world.

It’s (There is) nothing terrible. It’s no big deal. What does it matter? We don’t care.

With you in charge, we don’t have to worry( or we can all relax).

Lack of faith(or trust) in somebody.

Have doubts about somebody’s intention.

Be skeptical about somebody’s purpose.

How can we feel easy if the threat is not eliminated.

Without……, anything will come to naught (or nothing can be accomplished)

Out of the question:

例：“On the peaceful use of atomic energy, China is willing to provide help. As for asking us to help make the bomb, that is out of the question.”

We have given you the bottom line. We hide nothing from you.

We are not going to take it from either of the two superpowers.

We won’t buy the stuff of either of the two superpower.

破格接待 Break the protocol to honor somebody.

We have been given exceptionally warm reception(or

Promote somebody over the head of others.

It doesn’t matter whether we can agree or not.

We’ve had a very pleasant (or agreeable) conversation.

They cannot prevail( cannot get anywhere; cannot have their way; cannot hold away.

They are incapable of doing much; they are not capable of accomplishing much.

One should stop before going too far. One should have a sense of proportion.

It has overreached(overextended) itself. One must not overextend

The ball is now in your court.

How is everything? Just so so. It’s not terribly good(British understatement).

It’s like a boat rising (or going up)with the water level, each trying to outdo the other.

Each seeking to gain one-upmanship over the other.

Engage in competitive one-upmanship or in spiralling (progressive) escalation.

To talk to somebody about

Hit where it hurts.

Not scratch where one itches.

The Americans do not scratch where we itch.

Boast about one’s pink cheek after having been slapped.

Try to satisfy one’s vanity when one cannot really afford to do so.

Keep to the truth and not spare the feeling of those who are criticized.

We do not want to bring up old scores.

To let somebody down; to do disservice to someone; to do something wrong.

To fall out with somebody.

他们翻了。They fell out with each other.

To untie the knot or remove the grudge.

例：The knot in its relations with the 1.3 billion Chinese people cannot be untied.

The grudge of the 1.3 billion Chinese people cannot be removed.

中国人有骨气 The Chinese people have backbone.

穷得有骨气 Though poor, he is a man of integrity.

It’s a demanding and unrewarding( or thankless) job.

例：It would be wrong to regard China’s desire for developing Sino-U.S relations as her one-sided need, a need for China to seek help from the U.S., as her dependence on U.S. assistance.

It’s important to know one’s own limitations ( or weaknesses).A man’s virtue lies in taking a proper measure of himself.

I have been chosen for lack of a better one.

I’ve been selected from among the mediocre.

Back alley news, something learnt through the grapevine.

This is the only possible solution under the present impossible circumstances.

Condition our attitude towards someone (or relationship with somebody) upon ideology.

Things are moving in the relationship between….

There is some measure of flexibility(or lessening of rigidity) in bilateral relations or trade, etc.

Their position has not softened.

The U.S has not relaxed its stance on the Iraq issue.

Room for manoeuvre; allow some latitude.

Leave some room for manoeuvre.

The last word was said and no room was left for manoeuvre.

Don’t make it so rigid (or inflexible), leave some leeway.

We fear no evil spirits, nor any evil bluster.

Fate or chance that brings people together; predestination; predestined affinity or relationship.

It seems that we are predestined to come together. We are brought together by fate( or by predestination). We are made for each other.

Be there or be square.

I have no vulnerable points in their favor. They have nothing on me. They cannot manipulate me.

Ripe-off(cheating by charging too much money for something)

This hotel always tries to rip off its customers.

50Yuan for a cup of tea. What a rip-off! It’s gouging one’s customers.

Trying to help but causing more trouble in the process.

It’s counterproductive for you to pour praise on him at this juncture.

意译为：Sailing close to the wind.

60. 他属“鸡”。He belongs to the zodiac year of rooster.

He was borne in the year of rooster.

台湾向美国撒娇。The Taiwan authorities are playing the spoilt child before the Americans.

As long-time friends, we hate (are reluctant) to part.

He won’t grudge spending money on food and clothing.

We are loath to eat it and would save it for our kids.

He is loath to spend his money.

这项决议案不痛不痒。This is an innocuous resolution.