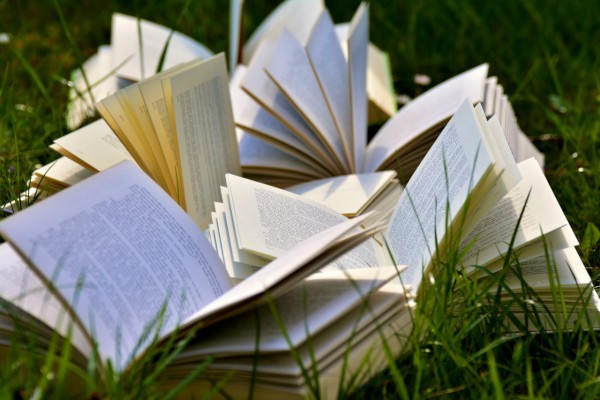 Now the income gap is getting wider and wider. In some privately owned firms, joint-ventures, or foreign-fund companies, an executive's yearly income is ten times or even a hundred times as much as an ordinary worker's.

Faced with this situation, people will undoubtedly have different opinions. Some believe that it benefits the social and economic development since driving force is often derived from the gap. In other words, the gap inspires people and gives a push to advancement. Others speak of its side effect: income gap is often the root of social unrest and also contrary to our country's principle.

From my point of view, while it is true that the income gap may stimulate the social development to some extent, it causes trouble as well. An income gap that is too wide for most people to bear can neither contribute to the stability of a country nor promote its economic development. Therefore, while we are advocating the rapid development of our country, we should tolerate the narrow income gap but narrow the wide one.

Directions:
Write a composition entitled Popularity of Green Food.You should write at least 120 words according to the outline given below in Chiness.

Due to its high-quality and original tastes, green food appeals to more consumers. From supermmarkets to chain stores, green food is found everywhere.

Why is green food so popular even though its price is usually higher than other food? On the one hand, recently a series of issues on food safety makes customers disturbed and anxious. In order to have the reliable food, more housewives opt to select green food for their family. Green food has been labeled as a kind of healthy, delicious and fashionable food. This is perhaps the most important reason for the popularity of green food. On the other haod, with the advance in living standard, people will pay more attention to the quality of food and their raised income is enough to cover the expenditure of food with a comparatively high price.

With the development of the society, green food is certainly to hold a larger portion in the market. In the near future, people will be accustomed to enjoy the fresh vegetable, fruits and cereals without pesticide residues, artificial feed and contarnination.

Since the policy of Reform and Open in the last century, Chinese economy develops so rapidly. At the same time, the technology catches up with the world. The popular social communicational tool Wechat was created in China, but now it conquers the world and people is crazy about it.

The reason why people like to use Wechat is that the functions are all-sided. Before Wechat, the most popular social communicational tool like facebook though is creative, it has to download another software to better communication. While for Wechat, everything is simple, you don’t need to download another software. What’s more, you can pay and have the webcam with your friends. The comment that your friends give to you is more private, only the common friends can share. As it is so convenient, people say that they can do everything with a smart phone at hand.

Technology changes our life and people’s need promotes the improvement of technology. We use our wisdom and create the new things. We should be proud of us and show to the world that Chinese people are creative.

In recent years the problems which are caused by the inequality of education opportunity have attracted the public's attention. For instance, the backward teaching facilities and dilapidated school buildings in rural areas are in sharp contrast to those advanced facilities and well-equipped classrooms in urban areas, students from poor families cannot go to universities because of the high tuition.

There are several factors which contribute lo these problems. First, the distribution of resources is unbalanced between rural and urban schools. Second, educational loans for poor students are far from enough. Third, the inequality in some schools' admission policies also turns many students away. The education inequality can result in many bad impacts. On one hand, it can affect people’s future employment. On the other hand，it is the root of many social problems.

To change this situation, I think, we should take the following measures. Firstly, the government's spending on education should be increased and the allocation of public resources gives priority to rural and weak urban schools. Secondly, the implementation of the government financial aid system for students should be accelerated. Thirdly, the government should speed up education reforms to ensure everyone has equal access to schools.

On the Senior Empty Nests

For most senior students in universities, the last academic year has nothing to do with academics. To the frustration of professors, few courses are attended by students. And dorms are almost vacant with few lodgers. This kind of phenomenon, which has been called “Senior Empty Nests”, is common among universities of China.

Where have those absent senior students gone? Some lucky dogs have gone to their new jobs while the majority are still striving to get a job or engaging in their internship outside of the campus. The severe employment pressure has pushed senior students into employment market earlier. The anxiety of getting a job before graduation disturbs the restless mind of every student, which leads to skipping school of most students.

In my view, with senior students leaving campus earlier, their time of education has been reduced, which puts them in a disadvantaged position in the employment market. Students should start job hunting after finishing the courses of the last academic year. At the same time, the universities should provide career education for senior students.

Directions:
For this part, you are allowed 30 minutes to write a composition on the topic Aid Education in China. You should write at least 120 words according to the outline given below in Chinese:

There has been a hot topic recently about college students’ being encouraged to help children in the poor and remote areas.

Generally aid-education is helpful in two aspects. First of all, it can broaden volunteers’ horizons in poverty-stricken regions. For instance, it is a golden opportunity for volunteers to experience a completely different life. In addition, college students have to adapt themselves to the harsh living conditions, meanwhile they can make friends with the children.

In my view, the future of China’s education depends on the joint efforts of the society, the government and all the citizens. To sum up, we college students should take the initiative in response to the appeal for supplying help to children in poor regions。

Directions:
For this part, you are allowed 30 minutes to write a short essay on the topic Do We Need “Never give up”? You should write at least 150 words following the outline given below in Chinese:

Do We Need “Never give up”?

It is widely accepted that “Never give up”, a strong and positive life attitude, is the key for inpidual success on the grounds that permanent persistence may boost our confidence, strengthen our will, and provide us a second chance for success when we are in hardship. However, others argue that sensible abandonment is more precious than blind persistence because the wise one should choose the most suitable area for himself/herself.

In my opinion, we need to learn to give up timely. The most immediate reason is that we should adjust our aim carefully in order to go ahead continuously. Sometimes, to give up those unrealistic targets is essential for success. Besides, the attitude “Never give up” exhausts us both mentally and physically. Only through learning to give up can we lead a pleasant and relaxing life. Finally, the temporary comprise means a new start, a beginning bringing new hopes, expectations and opportunities for us.

Passive as giving up sounds alike, it represents a more mature and realistic mentality. If those opposing this attitude can take into consideration of its benefits, then this may seem acceptable in our lives.

The resources of the earth are limited. We should cherish and cherish these resources. So we're going to do garbage sorting, and reuse the available resources again.

At home, remind everybody garbage classification, water bottles, cans, such as waste paper packed together to sell, resources recycling, and made money, the waste batteries, cartridges, etc in the recycling bins. In school, you can reuse and reuse garbage, put in two different trash cans, one is recyclable and one is unrecyclable. Learn from your classmates and discuss ways to classify rubbish. In the suburbs, we will use two bags to classify garbage, pick up the garbage that we see and classify it, so that it is the best young pioneers. This allows you to easily categorize.

Everyone is sorting garbage, and the earth is beautiful. We will see the thick wood, the clear water, the blue sky and the blue sea, everyone has a sweet smile.